On behalf HAEMUS team, Ms Vasilka Dimitrovska, director of HAEMUS was a part of the Focus Group Meeting dedicated to the development of the regional umbrella identity Western Balkans – Crossroads of Civilizations, held on 09-10 October 2019, in Sarajevo, Bosnia and Herzegovina. The meeting was organized by the Regional Cooperation Council within their Triple P Tourism Project.

The main idea of the project is  to develop new cultural tourism itineraries in the Western Balkans countries. New cultural tourism itineraries and a marketing mix to be employed for their launch at the international markets were discussed by private sector representatives and National Tourism Organisations from the Western Balkans Six at a meeting organised by the RCC-implemented and EU-funded Tourism Development and Promotion Project.

Itineraries will include more than 60 cultural heritage sites from Greek, Roman, Byzantine, Ottoman and Austro-Hungarian eras organised in five story lines under the Western Balkans – Crossroads of Civilizations regional umbrella identity. The meeting will help fine tune the itineraries and finalize the marketing action plan prior to the launch of the new tourism products at the markets. 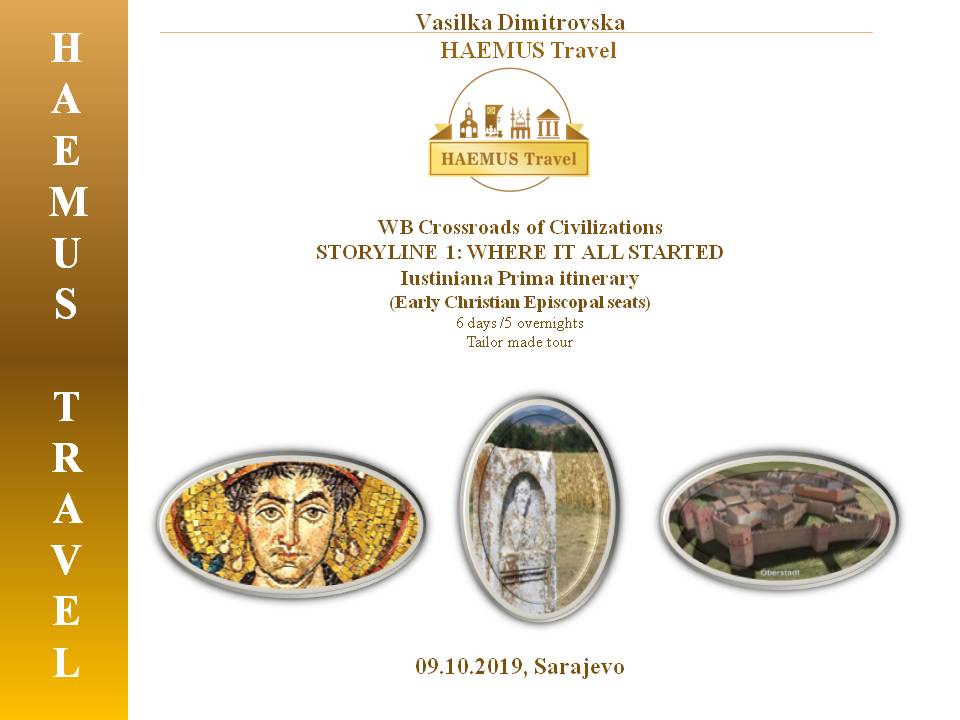 Ms. Dimitrovska who is an archaeologist and heritage expert in cultural tourism, presented the idea of Iustiniana Prima itinerary, where the main storytelling lies in the historical background of four ancient Roman cities Scupi, Stobi, Ulpiana (Iustiniana Secunda) and Caricin Grad (Iustiniana Prima) that were in the same time Episcopical seat and existed during the time of Emperor Iustinian I.

Within the meeting, the group had a guided visit on 09 October afternoon to the historical district of Sarajevo.