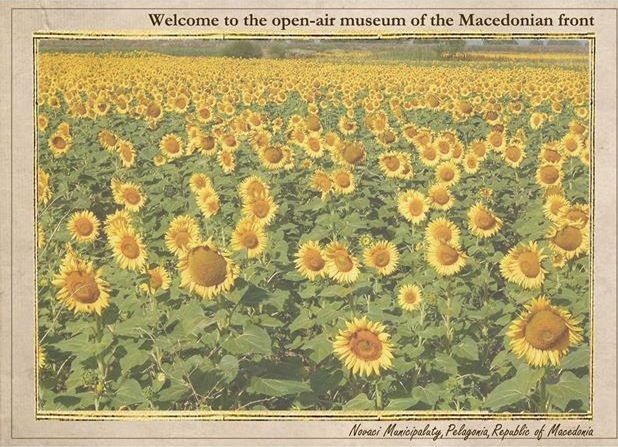 Couple of weeks ago I went on a field trip to Mariovo region (Novaci municipality) for searching the remains of the First World War in the Republic of Macedonia. Field activities were based on surface prospecting of the Macedonian front remains during the Great War. The visit included the 1050 elevation, the upstream of the Black River (Crna River today or ancient Erigon), the villages Skochivir and Slivnica where the hospitals were settled during the WW1 and the field near the village of Bach which was used by the Air Forces. Immense photo and video documentation for some future research was made.

Oh, no, I am not a historian, nor will ever be engaged in modern history, since I am a prehistoric archaeologist and I love working with stone tools. But I am a director of HAEMUS, which is a very big center for scientific research and promotion of the culture based in Skopje and I manage many projects on different heritage topics, including this one about the WW1.

Regarding the Great War, I could surely say that Republic of Macedonia is definitely an open-air museum. “Eastern Front”, known under many names in historical records but mostly as “Macedonian front”, has great importance for the history of Macedonia and the Balkans. I’ve had to pass through hard battles in the last three years in order to promote the archaeology from the First World War in the Republic of Macedonia. As an organization we’ve ran few projects, public debates and we organized very big conference on topic ”First World War in the collective memory – Exchange of experiences in the Balkans”. Still it wasn’t enough. I was devastated to show to everybody that on the modern territory of the Republic of Macedonia took place some of the biggest battles that killed thousands of soldiers of many nationalities and religions, which today are buried on more conceptual organized necropolises/cemeteries. The architectonic remains in places where battles took place, includes parts of the destroyed complexes of bunkers, positions, machine gun nests and trenches that can be seen today. They comprise the physical remains of significant points in European and world history in order to explain the reasons that led to the creation of ‘Modern Europe’. On the entire front line length of about 450 km there are thousands and thousands of artifacts and monuments everywhere, waiting to be explored, excavated, identified, cleaned, preserved and displayed in the museum, to tell the piece of the unknown European history. 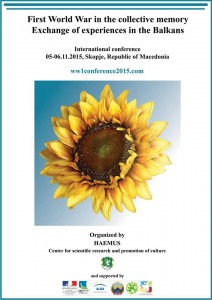 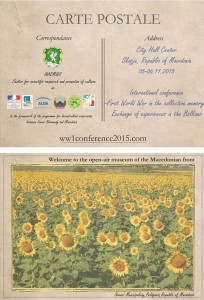 Archaeology of the First World War in the Republic of Macedonia so far has been completely unknown for both, the public and experts. But we won’t give up so easily from this topic. We are trying to contribute to the creation of some domestic archives of materials, as well as the exchanging of international experiences. Building human capacities who would participate in the dialogue for peace and reconciliation in the Balkan countries through scientific research and understanding of the past of this period, is also one of the aims of our work. We would like to express our gratitude to the of Embassy of France in Skopje, the French Institute in Skopje, cooperation Normandie/Macédoine, many municipalities, the citizen associations and all those scientists who actively helped us with own research or as logistics. And we are very happy bringing on daylight a topic less known but very challenging for many colleagues.

This article was written as part of the action for ‘Day of Archaeologists’ (August 04, 2016). The goal is to raise public awareness of cultural heritage and the responsibility that archaeologists have about it.