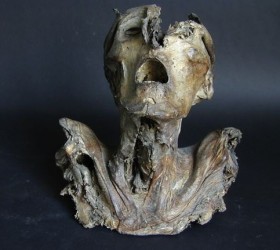 on Mar 7, 13 • by Haemus • with Comments Off on Grotesque Mummy Head Reveals Advanced Medieval Science


In the second century, an ethnically Greek Roman named Galen became doctor to the gladiators. His glimpses into the human body via these warriors’ wounds, combined with much more...
Pin It 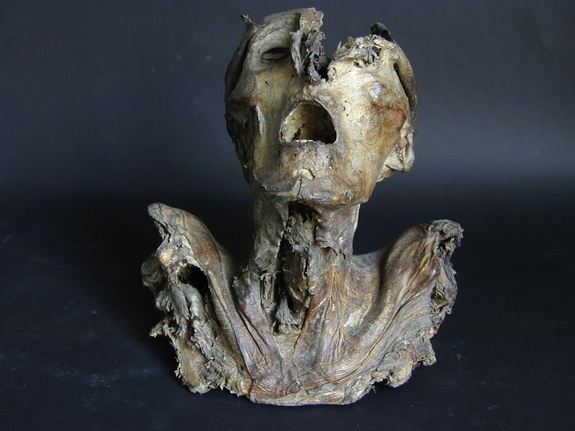 This anatomical specimen dating to the 1200s is the oldest known in Europe.
LiveScience.com | Photo courtesy of Archives of Medical Science

In the second century, an ethnically Greek Roman named Galen became doctor to the gladiators. His glimpses into the human body via these warriors’ wounds, combined with much more systematic dissections of animals, became the basis of Islamic and European medicine for centuries.

Galen’s texts wouldn’t be challenged for anatomical supremacy until the Renaissance, when human dissections — often in public — surged in popularity. But doctors in medieval Europe weren’t as idle as it may seem, as a new analysis of the oldest-known preserved human dissection in Europe reveals.

The gruesome specimen, now in a private collection, consists of a human head and shoulders with the top of the skull and brain removed. Rodent nibbles and insect larvae trails mar the face. The arteries are filled with a red “metal wax” compound that helped preserve the body. [Gallery: Historic Images of Human Anatomy]

The preparation of the specimen was surprisingly advanced. Radiocarbon dating puts the age of the body between A.D. 1200 and A.D.1280, an era once considered part of Europe’s anti-scientific “Dark Ages.” In fact, said study researcher Philippe Charlier, a physician and forensic scientist at University Hospital R. Poincare in France, the new specimen suggests surprising anatomical expertise during this time period.

“It’s state-of-the-art,” Charlier told LiveScience. “I suppose that the preparator did not do this just one time, but several times, to be so good at this.”

Myths of the middle ages

Historians in the 1800s referred to the Dark Ages as a time of illiteracy and barbarianism, generally pinpointing the time period as between the fall of the Roman Empire and somewhere in the Middle Ages. To some, the Dark Ages didn’t end until the 1400s, at the advent of the Renaissance.

But modern historians see the Middle Ages quite differently. That’s because continued scholarship has found that the medieval period wasn’t so ignorant after all. [Busted! 10 Medieval Myths]

“There was considerable scientific progress in the later Middle Ages, in particular from the 13th century onward,” said James Hannam, an historian and author of “The Genesis of Science: How the Christian Middle Ages Launched the Scientific Revolution” (Regnery Publishing, 2011).

For centuries, the advancements of the Middle Ages were forgotten, Hannam told LiveScience. In the 16th and 17th centuries, it became an “intellectual fad,” he said, for thinkers to cite ancient Greek and Roman sources rather than scientists of the Middle Ages. In some cases, this involved straight-up fudging. Renaissance mathematician Copernicus, for example, took some of his thinking on the motion of the Earth from Jean Buridan, a French priest who lived between about 1300 and 1358, Hannam said. But Copernicus credited the ancient Roman poet Virgil as his inspiration.

Much of this selective memory stemmed from anti-Catholic feelings by Protestants, who split from the church in the 1500s.

As a result, “there was lots of propaganda about how the Catholic Church had been holding back human progress, and it was great that we were all Protestants now,” Hannam said. 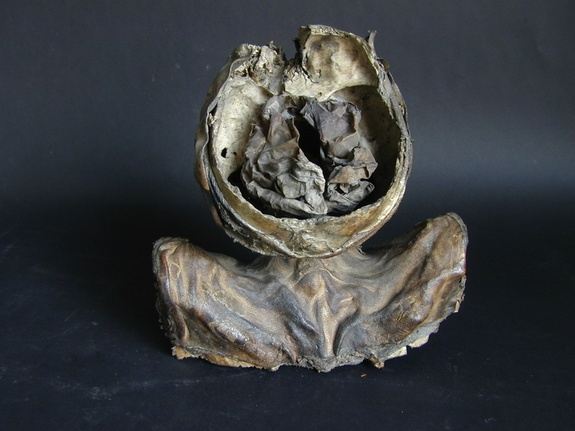 From this anti-Catholic sentiment arose a great many myths, such as the idea that everyone believed the world to be flat until Christopher Columbus sailed to the Americas. (“They thought nothing of the sort,” Hannam said.)

In fact, Hannam said, many societies have banned or limited the carving up of human corpses, from the ancient Greeks and Romans to early Europeans (that’s why Galen was stuck dissecting animals and peering into gladiator wounds). But autopsies and dissection were not under a blanket church ban in the Middle Ages. In fact, the church sometimes ordered autopsies, often for the purpose of looking for signs of holiness in the body of a supposedly saintly person.

The first example of one of these “holy autopsies” came in 1308, when nuns conducted a dissection of the body of Chiara of Montefalco, an abbess who would be canonized as a saint in 1881. The nuns reported finding a tiny crucifix in the abbess’ heart, as well as three gallstones in her gallbladder, which they saw as symbolic of the Holy Trinity.

Other autopsies were entirely secular. In 1286, an Italian physician conducted autopsies in order to pinpoint the origin of an epidemic, according to Charlier and his colleagues.

Some of the belief that the church frowned on autopsies may have come from a misinterpretation of a papal edict from 1299, in which the Pope forbade the boiling of the bones of dead Crusaders. That practice ensured Crusaders’ bones could be shipped back home for burial, but the Pope declared the soldiers should be buried where they fell.

“That was interpreted in the 19th century as actually being a stricture against human dissection, which would have surprised the Pope,” Hannam said.

While more investigation of the body was going on in the Middle Ages than previously realized, the 1200s remain the “dark ages” in the sense that little is known about human anatomical dissections during this time period, Charlier said. When he and his colleagues began examining the head-and-shoulders specimen, they suspected it would be from the 1400s or 1500s.

“We did not think it was so antique,” Charlier said.

But radiocarbon dating put the specimen firmly in the 1200s, making it the oldest European anatomical preparation known. Most surprisingly, Charlier said, the veins and arteries are filled with a mixture of beeswax, lime and cinnabar mercury. This would have helped preserve the body as well as give the circulatory system some color, as cinnabar mercury has a red tint.

Thus, the man’s body was not simply dissected and tossed away; it was preserved, possibly for continued medical education, Charlier said. The man’s identity, however, is forever lost. He could have been a prisoner, an institutionalized person, or perhaps a pauper whose body was never claimed, the researchers write this month in the journal Archives of Medical Science.

The specimen, which is in private hands, is set to go on display at the Parisian Museum of the History of Medicine, Charlier said.

“This is really interesting from a historical and archaeological point of view,” Charlier said, adding, “We really have a lack of skeletons and anthropological pieces.”