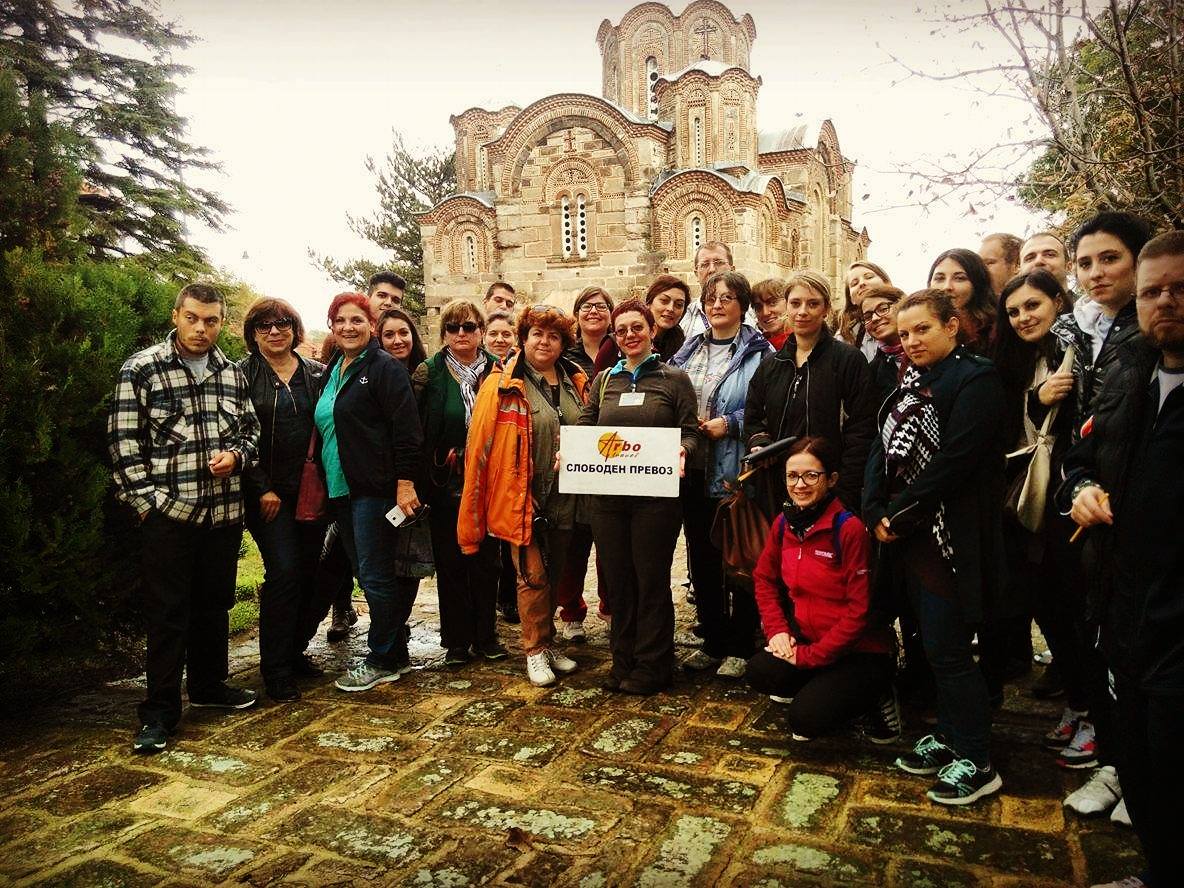 On 16.10.2016 in order to celebrate the International Day of Archaeology 2016, the Center for Scientific Research and Promotion of Culture “HAEMUS” organized the “Game of Thrones – an educational tour to Kokino”, a full day excursion to one of the most prominent archaeological sites in the Republic of Macedonia. The promotional character of this event  was to popularize Macedonian archaeology and cultural heritage in general.

The event was organized by the UNESCO Club HAEMUS, under UNESCO motto of the “Open Educational Resources” (OER), in collaboration with the Archaeological Institute of America, in cooperation with the City Museum of Kumanovo, and supported by the program “Go2Macedonia” of the tourist agency Arbotravel-Macedonia.

Itinerary: The focus of this tour was Kokino, an archaeological site from Bronze Age period and a prehistoric archaeo-astronomical observatory which gain the attention of scientists and media since the moment it was discovered in 2001. Archaeologically tested and astronomically proved, this advanced community which settled Kokino around 1800 BC, used very complicated mathematical equations for observing the sky and the celestial phenomena. We are very lucky they left marks around the stones and rock in shape of markers while observing the rising of the sun during the summer and winter solstice, spring and fall equinox and many other celestial phenomena in the time when they lived.

Author of the photos: Tatjana Stojanovska

On our way back driving thought the Northeast region of Macedonia, just along the road we stopped at the “Holly Oaks”, small resting area with benches used by locals as picnic place and considered as sacred for many centuries. The tour proceeded toward the village of Staro Nagoricane where participants were spellbound by the picturesque and original Byzantine church dedicated to the St. George, commissioned by Serbian king Milutin and erected in 1313 above the older remains. Next-door to the church was the monk cell of Prohor Pchinjski, a monk from 11 century which lived in this area and one of the 4 originally rooted Orthodox saints from the territory of the Republic of Macedonia. At the eend after the lunch we visited the City Museum of Kumanovo which was our main domestic partner for this event.