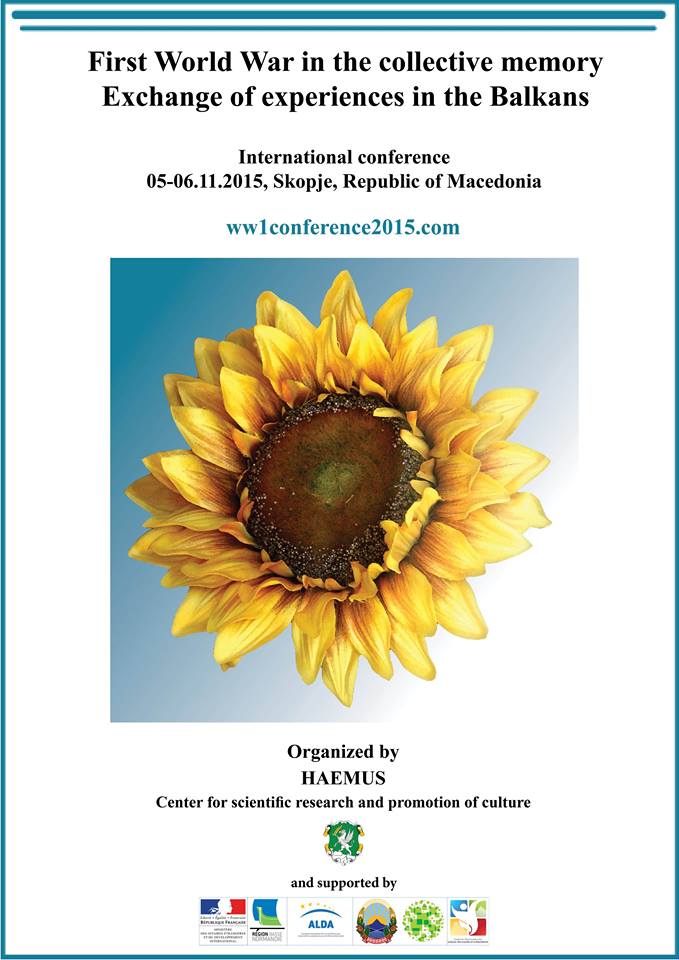 Cultural heritage of the First World War in Macedonia so far has been completely unknown for both, the public and experts. In an attempt to discover a little piece of the modern history, HAEMUS as a center for scientific research and promotion of culture in November 2015 organized for the very first time a big international conference on this topic.

A major international conference ,, First World War in the collective memory – Exchange of experiences in the Balkans “, dedicated to the cultural heritage and memorial tourism of the Great War organized by HAEMUS –  Center for Scientific Research and Promotion of Culture in the City Hall Center on 05-06.11.2015. 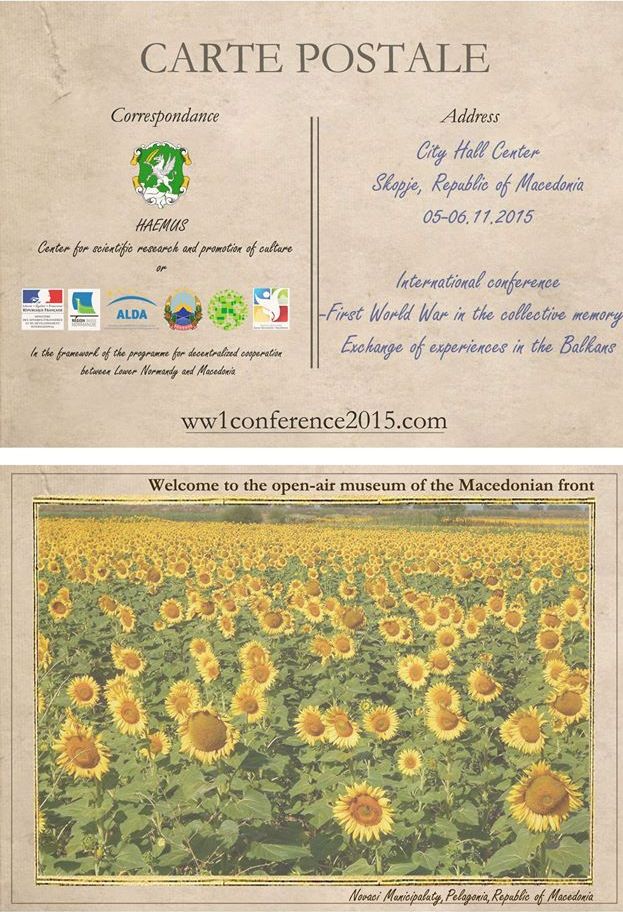 The conference was opened on November 5 at 10 am by Her Excellency Laurence Auer, Ambassador of the Republic of France in the Republic of Macedonia. The main topics of the conference were: Landscape and human interaction, Material culture, Managing heritage, Memorial tourism and Current research. The conference presented experiences from Macedonia, the Balkans and Europe’s cultural heritage and development in the field of  the memorial tourism as well.  The WW1 conference was attended by experts from France, Macedonia, Greece, Romania, Serbia, Italy and other countries who presented their scientific and historical research on Great War and had the opportunity to share their experiences on the subject. Within the conference a round table on “World War in Macedonia,  potential for development of tourism Memorial” was held, an exhibition by the French Institute inspired by the Great War, and the Craft Bazaar with motifs from the First World War.

Media coverage about the WW1 conference in Macedonia

The conference succeed to stimulate ideas and examples of challenges as well as the and methods of preservation and appreciation of the cultural heritage of the First World War in the Balkans, especially in Macedonia. During the two working days, there were many meetings and interesting discussions between the participants and guests, mostly for the need to develop tourism in areas of the former Macedonian front, as Pelagonian region, the Municipality of Novaci landscape and Mavrovo region. Local participants, municipal and regional development centers, and other organizations, talked about the current situation about memorial tourism in the field and the need to develop a strategy for tourism, improving the access, infrastructure and offers in those areas.

The main reason for starting an international conference on the WWI topic in Macedonia and the Balkans was the promotion of the cultural heritage of this period. It would contribute to the creation of some domestic archives of materials, as well as the exchanging of international experiences. Building human capacities who would participate in the dialogue for peace and reconciliation in the Balkan countries through scientific research and understanding of the past of this period, is also one of the aims of the project.

The conference was organized by HAEMUS – Center for scientific research and promotion of culture and the project is implemented with financial support by the region of Lower Normandy and the Ministry of Foreign Affairs of France, in cooperation with the Association of Local Democracy Agencies (ALDA) and the Program for decentralized cooperation between the Region Lower Normandy and Republic of Macedonia, as well as the support by theMinistry of Local Self Government of the Republic of Macedonia.