Carevi Kuli is the most impressive archaeological site in the city of Strumica, known as Tiberiopolis in the Middle Ages. It is a high hill that rises southwest of the mediaeval and present-day city. Today, under the city houses and yards in the central and old parts of the city remains of old houses, shops and churches from the period of Antiquity to the Ottoman period are regularly discovered. Due to their position, Carevi Kuli has a defensive role, while the earliest traces of life date from ca. 3,500 BC. In the Late Antique and Early Byzantine periods the hill was surrounded by ramparts and towers that guaranteed the safety of a selected part of the population.

In the 9th century, the city was conquered by the Bulgarians because of its favourable position in terms of its potential as a point of communication and its fame as a holy site: Strumica is the city of the Fifteen Martyrs of Tiberiopolis and as such, it was much desired by the first Bulgarian Christian ruler, Prince Boris Michael. As a city and a fortress, Tiberiopolis and Carevi Kuli played an important role in the wars between Byzantium and the Macedonian Tsar Samuil until 1018. 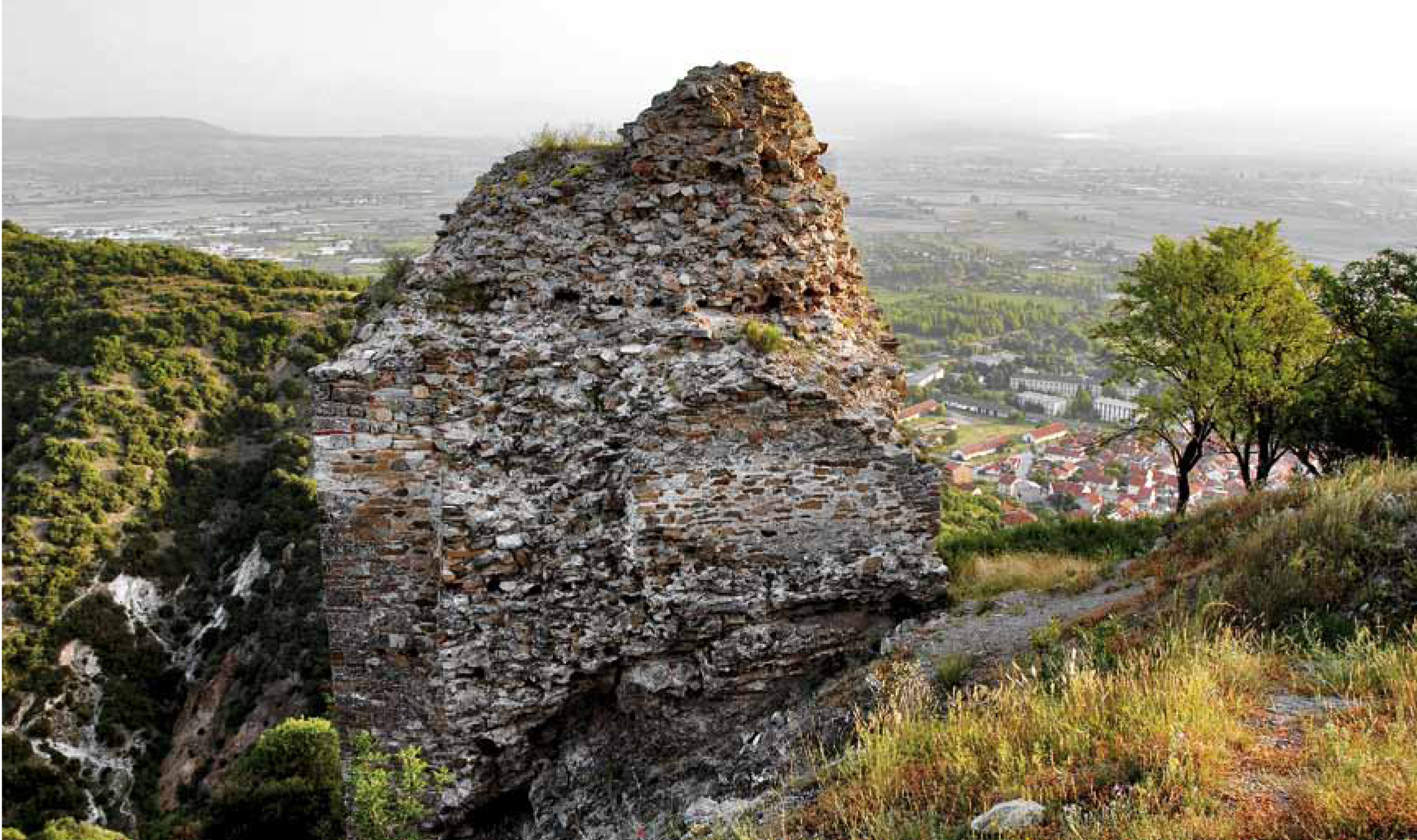 After its conquest, the Byzantines reorganized its defense by constructing new ramparts and towers, thus dominating over the region and the city as long as until the 14th century. Carevi Kuli changed its structure depending on the changing warfare techniques and different military tactics. Today, the remains of the smaller and wider ramparts of the suburbium can still be seen, and part of the acropolis still stands on the highest point of the hill. A gate stands on the west side, supported by two towers. A deep trench was dug in front of the entrance, across which a drawbridge was lowered.

A polygonal tower that partly survives stands on the most dominating point of the acropolis, which was reserved for the city and military elite. East of the tower there is a large water cistern that was a necessity during the sieges. The pottery, tools and coins that have been discovered reflect the mediaeval life in the fortress until the conquest of the Ottoman Turks. It happened in 1395, when Prince Constantine Dragaš, who ruled in this region, died as a Turkish vassal in the Battle of Rovine. During the Ottoman period, the life in Carevi Kuli was obliterated and its function ceased, while the city itself became the seat of the Ottoman kaaza (administrative region of the Ottoman empire).