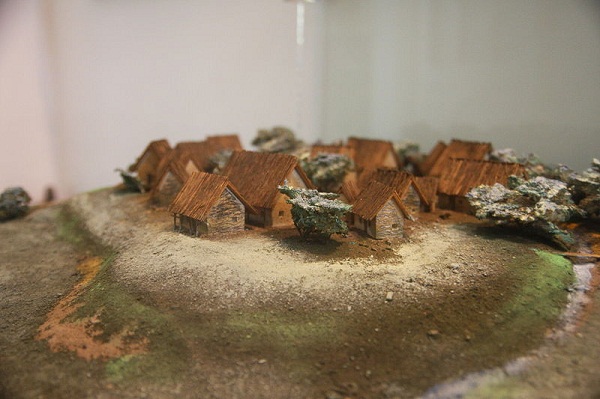 Aiming to study the evolution of proto and prehistoric human habitat in the middle of the Prut basin, in the northeast part of Romania, researchers came across one of the richest areas of archaeological heritage in the country.

The Ripiceni-Holm archeological site is located in the village with the same name, in Botosani county and plays host to an amazing series of historical treasures that prove the continuity of life in the area. Most notable discoveries consist of traces of houses from different periods including Neolithic, Eneolithic, Bronze Age and Middle Ages.

The investigations are part of an extensive program dedicated to the study of Cucuteni-Trypillian culture and the evolution of prehistoric and protohistoric human habitat in the Middle Prut’s basin. The Ripiceni-Holm project however, has been initiated by specialist in archaeology Dr. Aurel Melniciuc, in collaboration with the “Stefan cel Mare” University of Suceava (Department of History).

This year’s researches were sustained by the Botosani County Museum and carried out by a group of volunteer students under the guidance of Dr. Aurel Melniciuc and associate professor Dr. Dumitru Boghian. The explorations revealed a chain of  Neolithic complexes, a potential religious sanctuary as well as all kinds of objects such as ceramics, weapons and various tools made of flint, stone, bone or even horn.

With the greatest number of Cucutenian settlements in Romania, it’s no wonder Botosani County requires some special attention from archaeologists. Unfortunately, further research is hampered by two major factors, the lack of funds and the setting’s delicate conditions. Each year, part of the site is flooded, tarnishing  many of these archaeological wonders. According to specialist in archaeology, Dr. Aurel Melniciuc, one of the most efficient solutions would be the establishment of an International Archeological Park in the area. This project will not only allow attracting European funds, but also specialists from Romania and abroad.