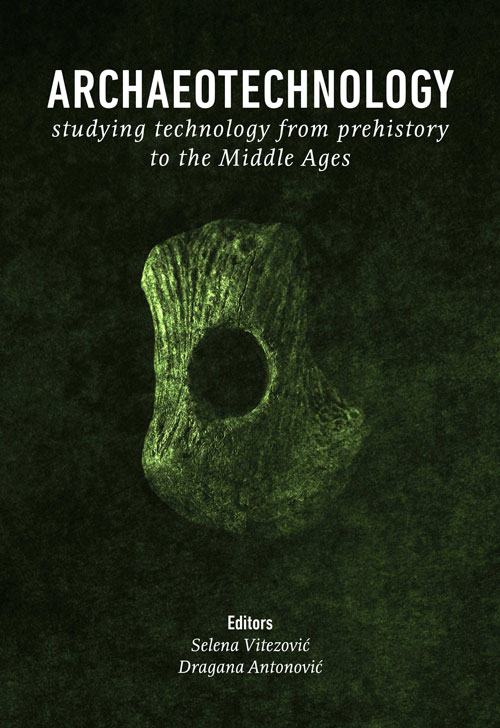 Technology is a fascinating material expression of human culture, commonly regarded as an evidence of human triumph over nature. The human past was seen as a constant progress from “primitive” to “technologically advanced”, and even classiied after what is thought to be a dominating technique in a given period. Technological innovations were considered the main, if not the only driving forces that shape societies and cultures.

A wider concept of technology, which goes beyond artefact analyses, which regards technology as a practice, as ways of doing or making something, which also includes social and cultural components into the studies, is more and more accepted by many researchers. Henry Hodges (1976) distinguished technology from the study of stylistic details of artefacts, implying that technology.

Most archaeological technology studies focus on an individual technology – lint knapping, metallurgy, etc. Archaeologists usually classify technologies into “crafts” or “industries” based on material or end-product Archaeotechnology: studying technology from prehistory to the Middle Ages type: clay (pottery) production, metal working, basket making, stone object (lithics) production, woodworking, textile manufacture. Such material groupings are very useful from both the theoretical as well as a practical perspective, however, they may be counterproductive sometimes, or better put, the study should not end with analyses of a single technology only. Although this is necessary for a deeper understanding of particular technologies, given the complexity of the topics, a wider approach is needed, namely a multiple technologies perspective.

This book is a result of a session organized at the XXXVI Annual meeting of the Serbian Archaeological Society, held in Novi Sad, from 30th May to 1st June 2013. The aim of the session was to promote the technological perspective on different aspects of material culture and to encourage multiple technology studies. Papers include studies on artefacts from stone (M. Lopičić, D. Antonović, D. Rajković et al., V. Dimitrovska), bone (C. Beldiman et al., D.-M. Sztancs et al., S. Vitezović), clay (I. Atanasova, J. Vuković, V. Bikić) and metal (M. Radivojević et al.), but also include more complex technologies, such as constructions of thermic structures (A. Đuričić), the making of mosaic substructures (G. Jeremić) and water supply systems (T.Mihailović). Also, studies cover a large time span, from Late Palaeolithic/ Mesolithic to the Middle Ages.