The Late Antique city of Bargala is situated 10 km southeast of the city of Štip, at the foot of Mt. Plačkovica. Its name as a toponym has a Thracian component and, taken as a whole, it means overflowing water. In the 7th and 6th centuries BC this area belonged to the territory settled by the Paeonian tribe of Derrones who were among the first tribes in the world that minted silver coins.

Astibos is the Antique name of the river Bregalnica in which, according to the Antique historiographer Polienus, the Paeonian kings took ritual baths at coronation. The first site of the city of Bargala was 1 km south of the river, near the location known as Hamče, near the village of Karbinci. On this site, remains of walls, axenodocheion (inn), a basilica and a huge stone dating from 371 with an inscription which refers to the building of the city gates of the city of Bargala in the Roman province Dacia Mediterranea. 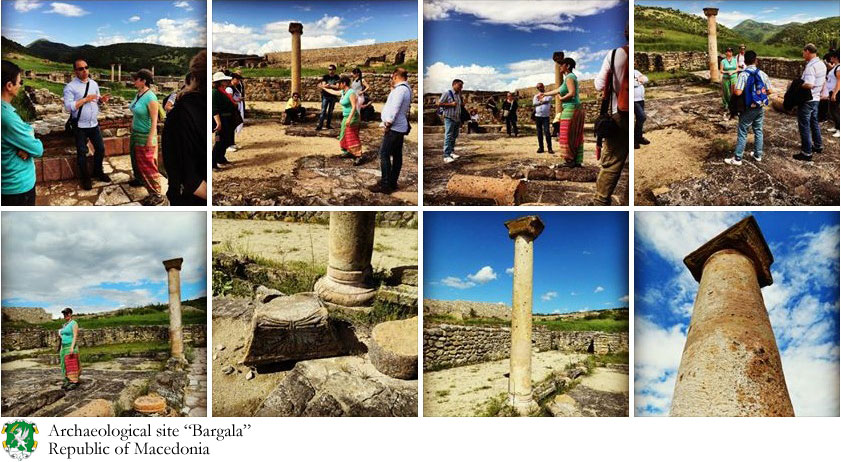 By the 5th century AD , the city had already been firmly Christianized, and its Bishop Dardanius was a participant from Macedonia Prima; his name is recorded in the acts of the Ecumenical Council of Chalcedon in 451. The instability in the Late Roman Empire in the 4th and 5th centuries caused by the barbarian onslaughts from the north forced the inhabitants of the city to withdraw 4 km towards the south, at the foot of Mt. Plačkovica and the site known as Kozji Grad, where they continued living their urban style of life. Here, the fortified Early Byzantine city of Bargala, covering an area of 4.7 hectares, additionally secured with 6 defensive towers, was built after the model of Late Roman castrums. The city was accessed through the double (dipilon) main gate (porta principalis) which was exceptionally well guarded. It was built on the northwest rampart which was up to 12 m high; inside the city, there was a sewage system which supplied the more important buildings and fountains with water that was brought from the mountain. 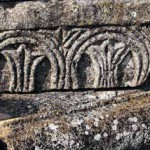 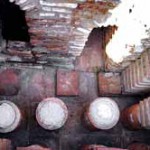 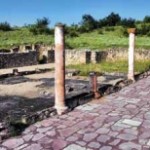 At present, several public buildings have been discovered, as well as shops and workshops that served the citizens in the period between the 5th and the beginning of the 7th centuries. The most impressive structure is the three-nave episcopal basilica which was accessed by a steep and high stairway; the three entrances (tribelon) led to the lavishly decorated interior of this temple. The skill of the local stonemasons and mosaic artisans is evident, especially in the manufacture of the architectural elements, church mobiliary and floor mosaics panels.

The artistic style is characteristic of the Early Byzantine and Christian art of the 5th and 6th centuries in Macedonia. On one of the capitals, Hermias, Bishop of Bargala, carved a prayer for salvation; he was probably also the donor of the church. A baptisterium with apiscina in which Christians were baptized has been discovered next to the north wall of this building. A single-nave chapel was added next to the south wall of the basilica. The episcopal residence stood on the northwest side; it had a small thermal bath, next to which a larger one was built for a larger number of visitors. A series of chambers were built near the northwest and southeast ramparts, which are believed to have been used as workshops and shops, as well as dwelling places. 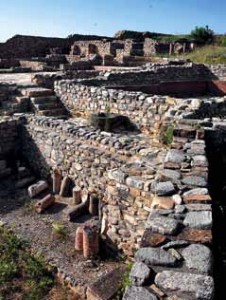 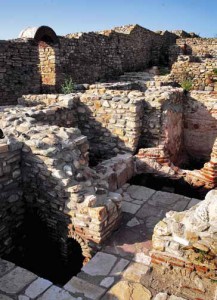 The citizens carried out their funeral and spiritual rites outside the city walls (extra muros); therefore, 85 m north of the main gate, a basilica was used in the periodbetween the 4th and 6th centuries. The vaulted tomb discovered east of this sacral building was also part of the citizens’ spiritual life. The section of the city that has been excavated (less than 1/10 of the actual size) yielded several hidden hoards of coins, luxurious objects and complete artisan tool kits. In the darkest historical period that lasted from the 7th to the end of the 9th centuries, small groups of people settled among the ruins of the city and the city ramparts. They led a rural life and their material culture is much less significant than that of their predecessors, the Rhomeioi.

In the 10th century, a rural settlement known as Kozjak was formed on the site near the Antique city of Bargala and the river Kozjačka; it survived until the 19th century. A small church dedicated to St. George, whose architectural and artistic achievements hold a significant place in Byzantine art was also built on this site.